We get on a road, following a plan, a plan that has deviated and become twisted, then sometimes we have to stop what we’re doing and re-evaluate. I tend to get off balance. Like an unbalanced washing machine. I’ve had way too many irons in the fire and too many things going undone and plans not coming to fruition. I’ve had my Etsy shop that I was struggling to keep up with and booths in 3, yes three, antique malls. We have 3 booths in one of those malls alone! And we were still paying rent on the old b&m shop. Using it for storage until we could get the time and energy to reopen. That was the plan. Keep up 5 booths in 3 different cities, wanting to have a large Etsy store, and run an antique shop at least a few days a week. I took pictures of the shop last month in preparation of The Big Clean Up to get ready to open in June. Here’s a partial shot of one of the rooms:

I hear what you’re thinking out there. Gasp! She’s a hoarder! False. 99% of that is for sale. That’s what they all say. Well, in this case, it’s true. Most of this was waiting to be put on Etsy before going to the local booth. How did it get to be such a mess? Ricky thought he’d put his woodworking shop in my shop, so I was moved to one, small side room. Quickly. Things were stacked in the beginning but, like hoarders, they started being tossed in, shoved in, strewn around, left that way… But he didn’t move his woodworking shop in there. He rented a building next door. And the mess expanded:

Now, you’ve got to know that weighs on your mind. Or it does mine. I might not even see the mess for a week, but it’s in my subconscious mind. Nagging me. But we had plans and I needed to get down there and get to work. But I haven’t yet.

Then one day last week I started thinking. Yes, it hurt. Why do you ask? 🙂 I “was burdened” with the thought that it was time to let the shop go. We were never going to get around to cleaning it up and opening again. We were paying rent on something that was giving nothing in return and it’s not been open to the public in two years. As slow as I am it would take me the next 10 years to work all that stuff out. Yes, it was time. Ricky wasn’t home that morning, but when he came in, he made a bee-line to the room I was in and said, “I need to talk to you about something.” At first I was kinda scared the way he said that, all serious like, but when he said, “I think we need to let the shop go”, that burden was lifted! Keep in mind neither of us had mentioned this before. Both of us were proceeding with the plan to reopen. But when we were thinking the same thoughts, independently, all morning long and couldn’t get it off our minds… well, there’s no question that this is what we’re supposed to do.

There’s more to the story, more changes in the works, but I’m not ready to share all that. It’s still in the maybe this or maybe that stage. So to pay tribute to the little brick and mortar shop I had for a couple of years, here are some pictures (some that I could find quickly) of how it used to be: 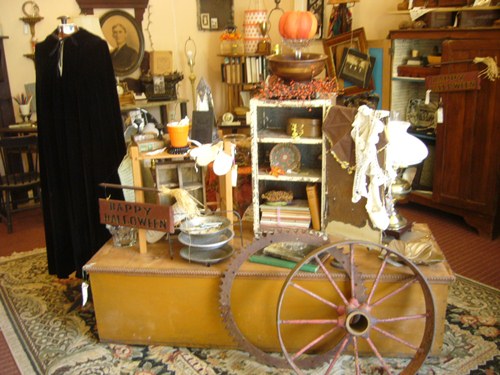 (The same room as the picture above.) 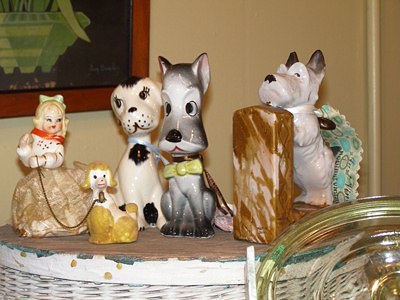 2 thoughts on “Changes they are a comin’”